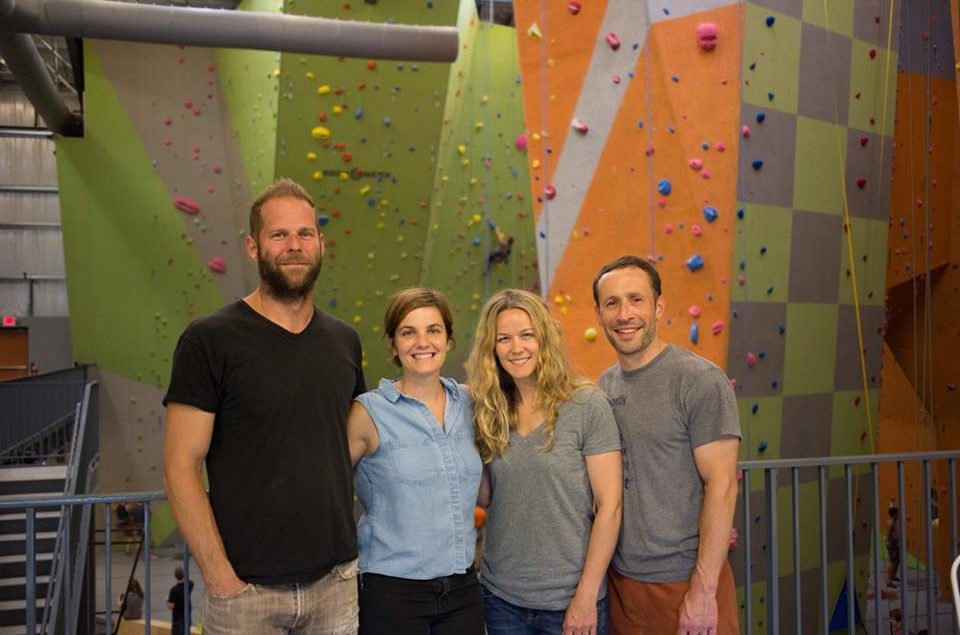 Have you ever wondered about your small business owner down the street? As a lifelong fan/supporter of  small business, sometimes I wish I knew the faces behind the shops! I thought I’d share with you our story of our rock climbing gym, Climb Nashville.

As many good stories do, it started with a whirlwind romance. Lance and I met on November 4, 2001 and married 353 days later. Ten months and a few newlywed “what’s next” conversations later, we were signing a major loan for our business. We are crazy like that. Here’s our story!

Our idea: a rock climbing gym & fitness center. Nothing like it existed in Nashville. A neighboring city had a small indoor rock climbing facility, as the industry mainly consisted of climbing enthusiasts who wanted a place to climb. Our vision was to broaden the reach of the sport. We were not the only ones, others in the industry began to think of rock climbing as something that had greater fitness and entertainment potential. Thanks to providential “coincidence”, we connected to an old friend, Drew Sloss, who had also been sharing the same thoughts and passion.  The three of us bought bought an old tennis center in Nashville and began work immediately!

Lance continued his work in Architecture, and I quit my job in Advertising. Drew worked as an Engineer in the day, and we all used every spare moment at the gym – painting, building, shoveling, hammering & cleaning. With the help of many, many friends & family, we opened in March of 2004. (During this time we ALSO bought that other small Cool Springs climbing gym in 2003, which we later sold it in 2006.) Things were good and we were tired.

Eventually, I went back to work in digital media, Lance & Drew were able to quit their day jobs. Then came babies. Drew fell in love, married, and he and Casey had their babies. My time at the gym lessened and the business continued to grow as the city of Nashville expanded. 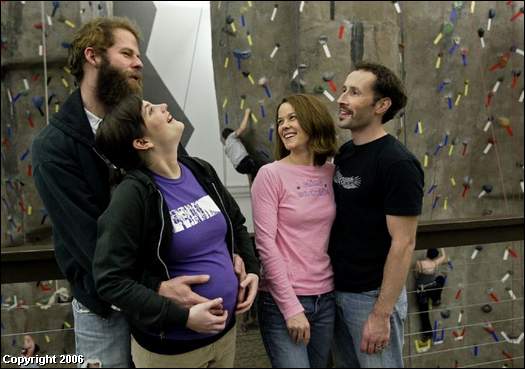 It expanded so much that we decided to add a second location in East Nashville AND move the first gym’s location onto Charlotte Avenue. Eek! Again, a bold move. We counted some pennies, borrowed some money, and bought our block of land on Charlotte Avenue. The major city thoroughfare (now bustling) was only 2 minutes from our other location, but MUCH grittier – full of car lots – and more car lots. But our gym customers consist of many young fit men and women, so I’d like to think that our presence contributed to the current influx of some of Nashville’s coolest dining and shopping spots.

The thing about small business ownership is this: Life is unpredictable. Incomes are uncertain. Learning on the fly can be panic provoking. There are sleepless nights. There are fire alarms at 3 am. There is employee theft. There is disappointment. And hustle.

Would I do it again? In a heartbeat. Would I do it again – at my age in the game? Apparently, yes. We are doing it again. In Murfreesboro. And in another top secret location, to be announced later. But I am WAY more nervous than I was when I was younger. Why? Four reasons. Kiddos that need to be fed. And clothed. The uncertainty of small business ownership is no joke. Everything is at stake. All our chips are on the table.

In the end, all a small business owner has really has is the belief that his idea is so important that he has no other choice but to share it. (That…and a ton of loans.)

So here we are again – excited and eager to open the new location in Murfreesboro next year!!! Like our friend Mark Zuckerburg says, “The biggest risk is not taking any risk.” I’m pretty sure he’s right.

Join the discussion and tell us your opinion.

Thanks for sharing your story! Climb Nashville was like a 2nd home to me from 2004 – 2006. You provided me an outlet to learn more about myself and gave me a passion for both rock climbing and entrepreneurship! You, Lance and Drew made me realize that with some planning and creativity I could choose whatever career path I wanted. You were all such powerful role models for me at that time in my life and you may not have even realized it 🙂 Im so happy to hear about the gym’s success – its been fun seeing it evolve over the past 14 years and I feel luck that I was able to be apart of it as a teenager. Thanks for everything you all do for the community!

So sweet Jonathan! We are grateful for you!!!!